Is the Ford F-150 Lightning Worth the Money? 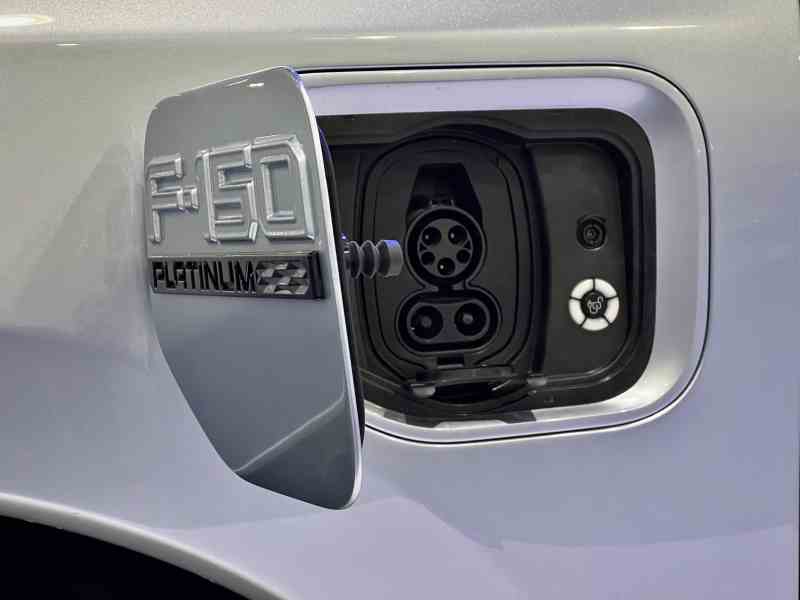 First off just trying to get your hands on one is almost impossible. If you do, then paying well over sticker will be what it takes to drive it home. My local dealership happened to have one sitting out front and I couldn’t resist taking it for a test drive.

But is it worth the money?

We all know the F150 is the number one selling truck in North America. The lighting has a lot to live up to. Some question whether it will even be embraced at all, while others can not say enough good about the new Lightning.

What kind of power does the Ford F150 Lightning have?

Recently Ford gave the F-150 Lightning a bump in power. The power figures were recently upgraded to 580 hp for the extended battery version and 452 hp for the standard range. The Lightning also received an upgraded range estimate of 320 miles with the extended battery truck carrying a full payload of 1000 lbs. The standard-range battery truck has a range of 230 miles.

What does the F150 Lightning cost?

Ford has priced the base model at $39,974 which is a commercial-oriented Pro model with standard battery, The much better-equipped XLT trim starts at $52,974 before tax or EV incentives.

For those not quite ready to fully embrace EVs, Ford played it smart and made the lightning look pretty much just like a standard F150. With a few cool tricks up its sleeve of course. It’s a large vehicle, so if you’re thinking it would make a nice little grocery-getter, think again.

One of the key differences is the Frunk. I will never warm to that term.

A power-operated lockable front hood opening that can store a surprisingly large amount of cargo and also features electrical ports to make camping or work a breeze.

Amazing what not having an engine in there can do.

Inside, Ford opted to go much more futuristic with a massive screen taking center stage

The Platinum edition which starts at an eye-watering  $90,000, has supple leather seating areas, open-pore wood trim, soft-touch materials, and even massaging seats.

The Pro model, on the other hand, is utilitarian, at around $40K it has some nice touches. The washable vinyl seating surfaces are comfortable and feel like leather. It also has a 12-inch horizontal touchscreen that works great and for some a total bonus actual physical switches and buttons for climate control and infotainment.

How does the F150 Lightning Drive?

Well, like with most EV’s a whopping amount of HP and Torque make for a thrilling ride. The F-150 has 580 horsepower at its disposal — and that is a lot of power even with the truck’s heavy curb weight (6,590 lbs for extended, 6,171 lbs for standard).

The great thing is, the truck feels very much like a traditional F-150. Smooth and refined, and anyone stepping up from a previous F150 will feel at home, if your home had rocket engines attached to it.

As for handling, it’s a truck. and it feels like a truck. That said the weight is down low, it’s a confident ride, but not a canyon carver, despite its giddy up-and-go pedal.

Off-road, it came into its own. Instant torque and the ability to lock the rear axle with an electronic locking rear differential, off-road was no real challenge for the Lightning at least for the little bit I got to try in suburbia.

Ford has built a lot of intelligence into its drive modes and honestly, getting stuck will be the last of your worries.

How much can the F150 Lightning Tow?

The Lightning can tow up to 10,000 lbs when it’s equipped with the extended range battery, and 7,700 lbs with the standard battery. A really healthy number.

If you’ve done any reading though, you will know the elephant, there is a big drop in range. The F-150 uses weight, dimension, and destination to calculate real-time range which is nice, but the number it tells you is far less then the truck itself and less they you are expecting as well.

Two very cool features that set the F-150 Lightning apart from the crowd are Pro Power Onboard and Intelligent Backup Power.

Pro Power Onboard, on the extended range battery trucks, can power a work site, or a campsite, or a tailgate party with ease, as the truck doubles as a mobile generator.

The Lightning can output up to 9.6 kW of power, which is typically more than enough to power a home, for instance. Outlets are located in the Mega Power Frunk, cab, and bed, and all locations have 120V outlets with an available 240V outlet in the bed with a 9.6-kilowatt variant.

Intelligent Backup Power is another cool feature that allows you to have bi-directional energy flow between the truck and your home. This means you can power your home in the event of a power outage using the Lightning, for around 3 days if power use is normal, or even 10 days if you conserve power. See my other post here about powering your home

The system can be programmed so that the truck, when plugged in, can be the source of power for the home when electricity use is at peak times when it’s costliest. Likewise, the system knows when power is cheapest, perhaps at night, and will only charge the truck then.

Summary, Is the F150 Lightning worth it?

Ford has taken everything it’s learned and applied it to the electric truck and it works.

They focused on what’s really important and delivered on what people would be looking for in an EV truck, power, range, and utility.

The F-150 Lightning is a fantastic truck with over 300 miles of range.

From a pricing and market point of view, the Pro model at $40K with around 450 hp makes a great case for itself, and you can add the extended range battery for around $10,000. This opens the Lightning to a much larger audience. Where trucks now run the price of high-end luxury cars, the pricing is reasonable. If you can get one at MSRP