Does Tesla have Apple CarPlay? 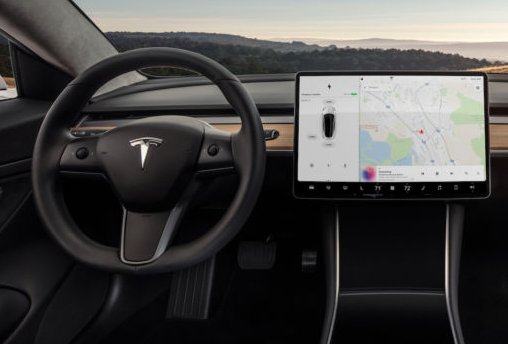 CarPlay and its Android cousin Android Auto have become the go-to for tech in newer cars. Streaming music, Waze, it’s brought a lot of cars out of the dark ages, so what about Tesla, one of the most tech-forward EVs there are. Does Tesla have Apple CarPlay? Well.

No, Tesla does not have Apple CarPlay, or Android Auto. Tesla has chosen to create its own infotainment experience and has not added CarPlay as an available app.

It’s hard to miss the giant screen right there in the middle of a Tesla interior. The Model 3 especially as it is pretty much the only input device for the entire car. Except for the steering wheel and windows of course.

While many have wished that Tesla would offer the much-loved Apple CarPlay connectivity, Tesla has chosen to give their customers an internally developed interface and forgo Apple CarPlay.

There are a few reasons for this. Primarily, with Tesla’s vast network of superchargers, Tesla’s own mapping software allows customers to easily navigate to the nearest charging location. Furthermore, it can easily plan an entire trip for you. Driving from Toronto to NYC would require a few charging stops along the way.

Tesla’s software seamlessly plots a course from location to location indicating each supercharger along the way. It also tells you how much battery life you should have when you arrive and accounts for the total time required to charge on your trip. This functionality would be missing of course on Apple Car Play or Android Auto.

It’s easy to forget that Tesla is more than just an automobile manufacturer. Some would argue they are primarily a Tech company. Their rising stock price #TSLA and their PE ratio certainly help to prove that point.

Tesla has consolidated almost every function they could into the center display. From in-car “Caraoke” to the heated seat controls, Joe Mode to even popping the glove compartment. It’s intuitive and easy to use.. and very powerful.

No doubt Tesla is working on further functionality. All of which can be enjoyed when ready via over-the-air updates.

Recently, Elon Musk said that Tesla would add Tidal to its integrated music services and is also working on integrating Apple Music and Amazon Music into the interface.

Would it be hard for Tesla to add CarPlay?

It would be actually quite simple for them to add it, I’m sure manufacturers have easy access to the API kit, and integrating CarPlay, or Android auto as well would be an easy task and look great on that big screen.

It might even be personal. When Musk was struggling prior to the Model 3 release, he approached Apple about purchasing Tesla. Tim Cook wouldn’t even take his call. So..

I would propose, to the Apple Car Play diehards, put down your phone. Tesla has put together a system that really works. It may be a touch out of your comfort zone, but it won’t take long to give it up for good. Especially while singing along to the integrated Spotify app.

And if you really can’t let it go, may sure you have one of these.  Tesla Wireless Charger ( affiliate link, thanks for the support ) This wireless charger is designed for the Model 3. Toss your phone on the charging pad and have CarPlay running as a backup.

Some things really do die hard, I know.

I’d like to point you to this video I came across recently. A really thorough comparison of the two systems.

1 thought on “Does Tesla have Apple CarPlay?”