Does the Hyundai Ioniq 5 have Apple CarPlay or Android Auto? 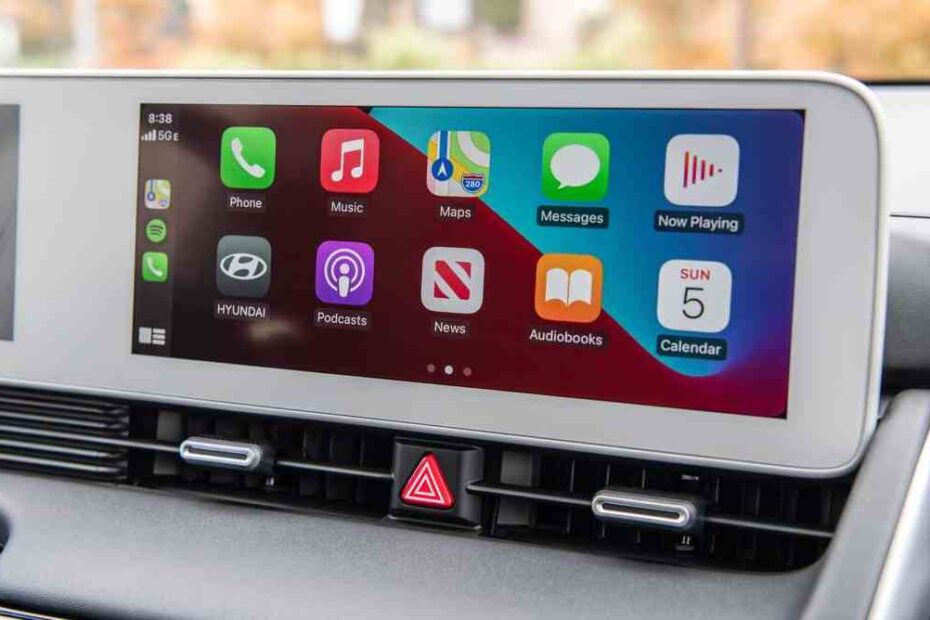 The Hyundai Ioniq 5 and its sister the Kia EV6 are two of the hottest EVs out there at the moment.

Amazing styling and tech-forward features. If these are competing against Tesla, then you know, any upstart is looking for an advantage against the top dog. One way the Korean siblings beat out Tesla is with the inclusion of Apple CarPlay and Android Auto. A sore sport for some Apple fans that still can’t forgive Tesla for leaving it out.

The Hyundai Ioniq5 and the Kia EV6 both include Apple CarPlay and Android Auto as standard, however current models still do not offer wireless CarPlay or Android Auto.

It is an interesting choice, but no one can understand, why Hyundai decided to have wired CarPlay only and not Wireless Apple CarPlay.  Even the entry-level Hyundai Elantra SE comes with wireless connectivity.

There is speculation that the software will be updated, and over the air at that to offer wireless CarPlay, but it’s just talk at the moment.

It seems that with some of the upgrades to other parts of the system, and its integration into Hyundai’s first, built from the ground up, EV meant that they needed to forgo some obvious features at first.

How does CarPlay perform?

The Ioniq5 makes great use of the CarPlay and Android Auto software. No half screens or other oddities. It’s full-screen goodness and works just as you expect, and is almost as good as the phone itself.

Hyundai has been praised for its snappy infotainment performance, and it works well here too in the Ioniq 5.

Each app works as you expect, with Waze protecting you from speed traps to streaming audio filling the cabin.

On the Android Auto front, the voice activation is top-notch as it is with the phone itself.

I’m an Android guy myself, and the voice commands have become my main way of interacting with Google. It’s like she really listens to me, and I appreciate that.

Wireless Charging, but not wireless CarPlay.

I mean it’s partway there. Hyundai does a good job with its wireless charging pad, and the charger works fantastic, and across a wide range of phone sizes. It’s just odd that you wirelessly charge your phone, yet need to plug it in ( and thus charge ) to connect it to CarPlay or Android Auto

I guess the Hyundai really believes in their infotainment and assumes you won’t always be plugging in to connect.

I can’t blame them in part, their system is one the best in the industry. Though like I said in the Tesla CarPlay post below, from my cold dead hands will you take CarPlay away from me!

In summary, Hyundai has made solid use of CarPlay and Android Auto. They work fantastically well. It’s a shame about the wireless, but we can only hope that is rectified soon. In the meantime plug in and safe driving.